GTA V – DOOMSDAY HEIST | ALL YOU NEED TO KNOW

Grand Theft Auto V is a 2013 released action-adventure game by Rockstar Games. GTA V is a game that is played from the first-person or third-person perspective. GTA V is one of the most popular games available in the gaming world. In this, the players have to complete missions with many different stories to progress. This game allows freedom to the players as a character, to roam in the city, swim, run, jump, fight, and can drive extreme vehicles in this game. It’s not only limited to this, players can fly choppers, jets and perform scuba diving. In single-player, the game story revolves around three protagonists—retired bank robber Michael De Santa, street gangster Franklin Clinton, and drug dealer and arms smuggler Trevor Philips. Players get access, to control all three leads by switching among them.

Doomsday heist requires players to finish multi-part heist. You can only execute this heist if you own a Facility. So, yes the minimum requirement for performing this heist is a facility. It is the 20th major update for Grand Theft Auto Online. It centers around a three-act story, with each act being (essentially) one large heist mission. 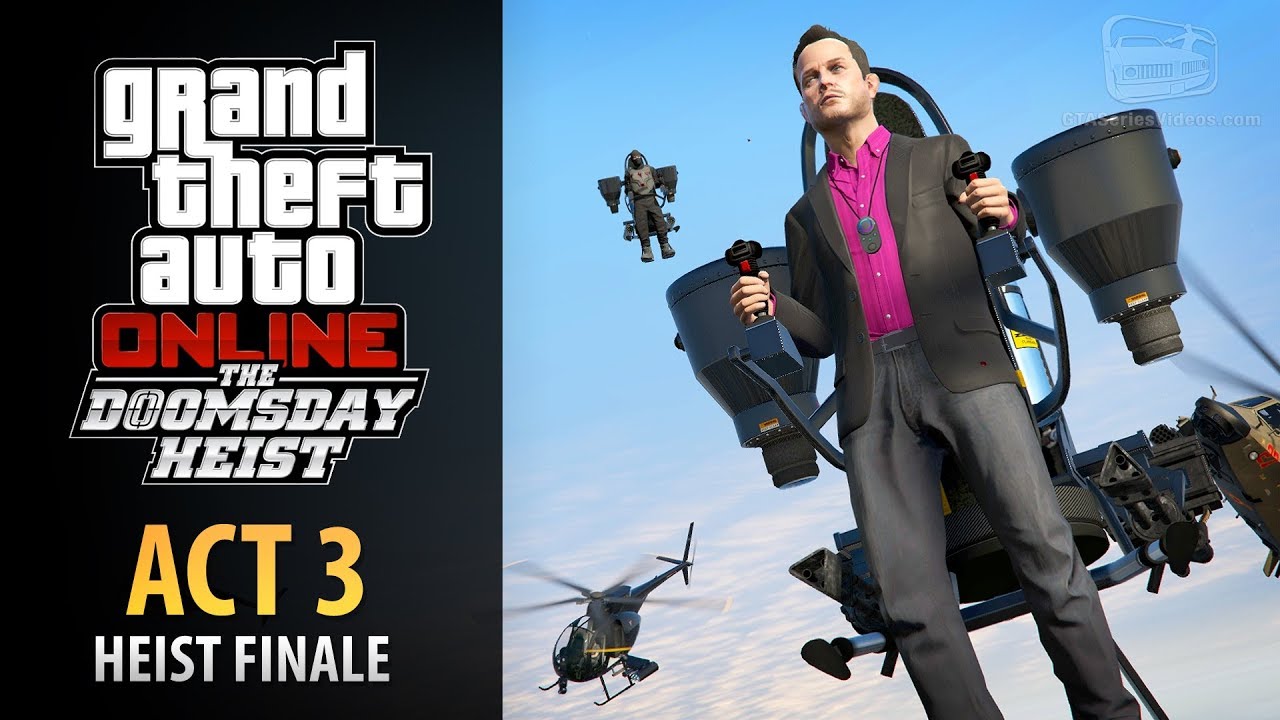 How you can buy a facility?

A facility? I understand, you don’t have any as of yet. But hey, no worries I will help you out by telling you, how you can own a facility.

First of taking your in-game phone and choose the internet, that head towards the Maze Bank Foreclosure, and then simply select the facility you want and don’t forget to add a customization option. But yes, each customization costs extra money, so make sure you have a pocket full load of cash. Few prices are enlisted below.

The minimum player requirement for completing a doomsday heist is 2. The minimum number of players will help you in earning a larger cut.

For executing this mission, players need to obtain different pieces of equipment, players can avail of it in three different ways: first, they can steal it from the rival organization or motorcycle clubs, the second is players can purchase them directly at a cost of $94,500. Now the only way left to avail equipment is by completing freemode preps.

Freemode prep jobs are exclusively restricted to public freemode sessions, which means after acquiring the equipment so it will be revealed to your heist crew. One more important thing, that this heist can be completed by the VIP/MC/CEO Presidents themselves, but it’s not very recommended.