Code Vein is a game that is set on a near-future theme. It is an action role-playing game by Bandai Namco Entertainment. They initially released this game for PlayStation 4, Xbox One, and Microsoft Windows. Code Vein is a very popular game, and it sold over a million copies. We can play the game from a third-person perspective. The Dark Souls Series and God Eater 3 are inspiration behind the gameplay and animation of this game, respectively. 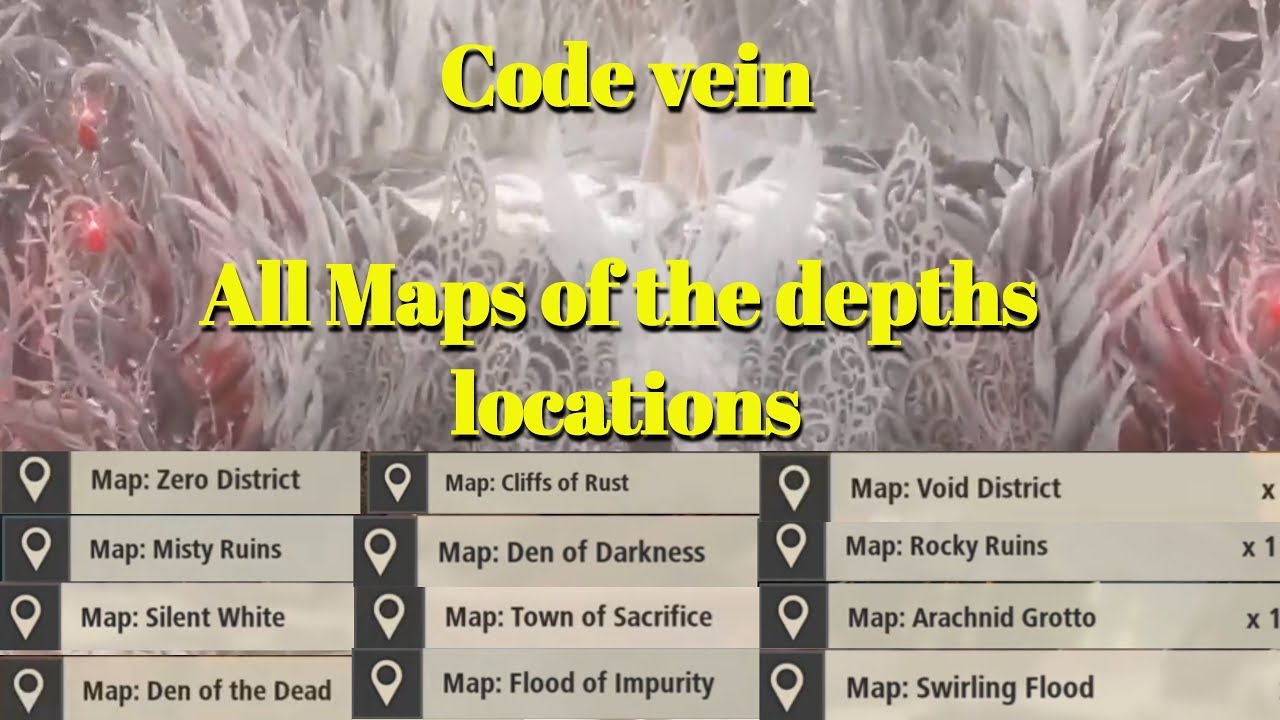 Code Vein is a game we can play for hours. It has a small bite-sized dungeon named Depths. If you are planning to explore these depths, then be ready to run through different maps. Today, I’m gonna tell you how you can gain all the maps in Code Vein.

The game offers 12 different depth veins. Out of this, few can be simply found in the environment, and the rest can be obtained only when it is given to you by NPCs.

After achieving the maps, head back to home base and have a convo with Davis for using them.