Once again, guys, we are back to enlighten you about the best mid-tier or moderately priced skins in CSGO. This time we’ll be covering over the skins which are not so expensive nor they are cheap. Something quite close to perfection in terms of pricing and visual satisfaction.

We’ll be kicking this off with the AK skins. Pretty dope skins are coming right up, you’ll not be disappointed. 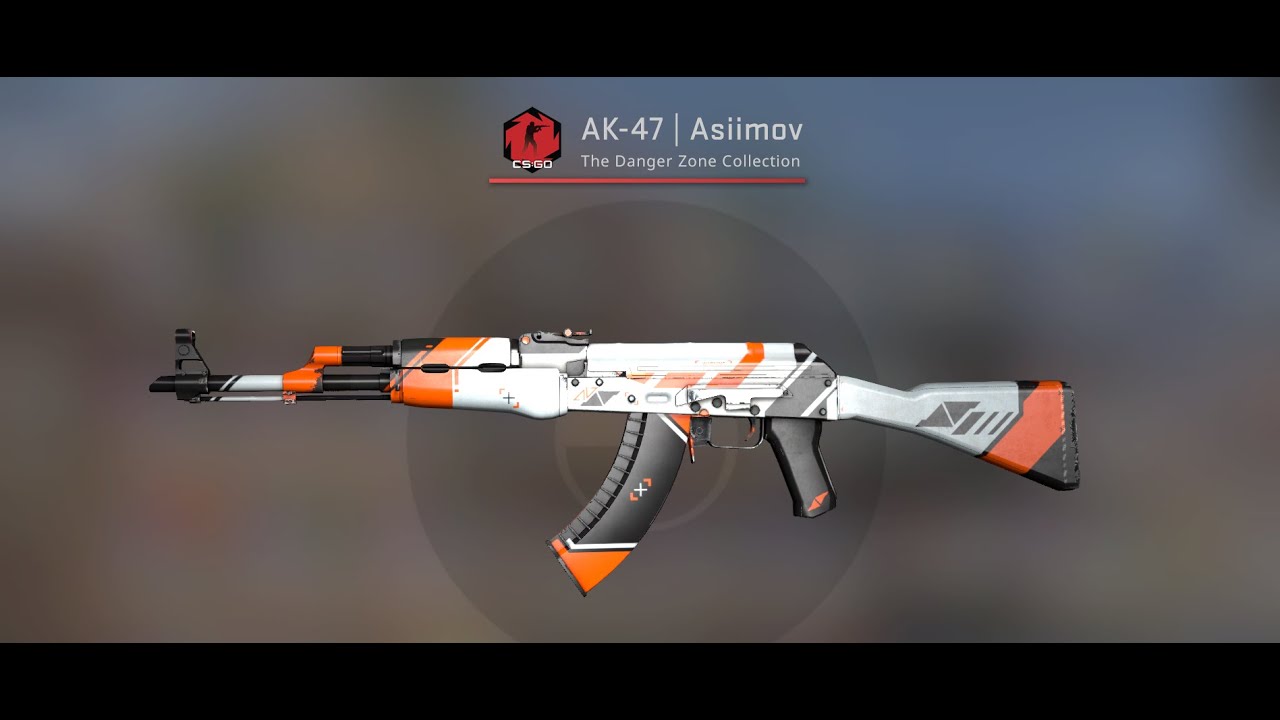 The Asiimov is skin with white as a background color. The orange and black stripes on the skin are much more satisfying with the correct contrast rate that the whole skin has. This skin is starting from $30 and the StatTrak version starts from $65 approximately. This skin is also available in the Danger Zone Case. This is probably considered one of the best mid-range skins in csgo 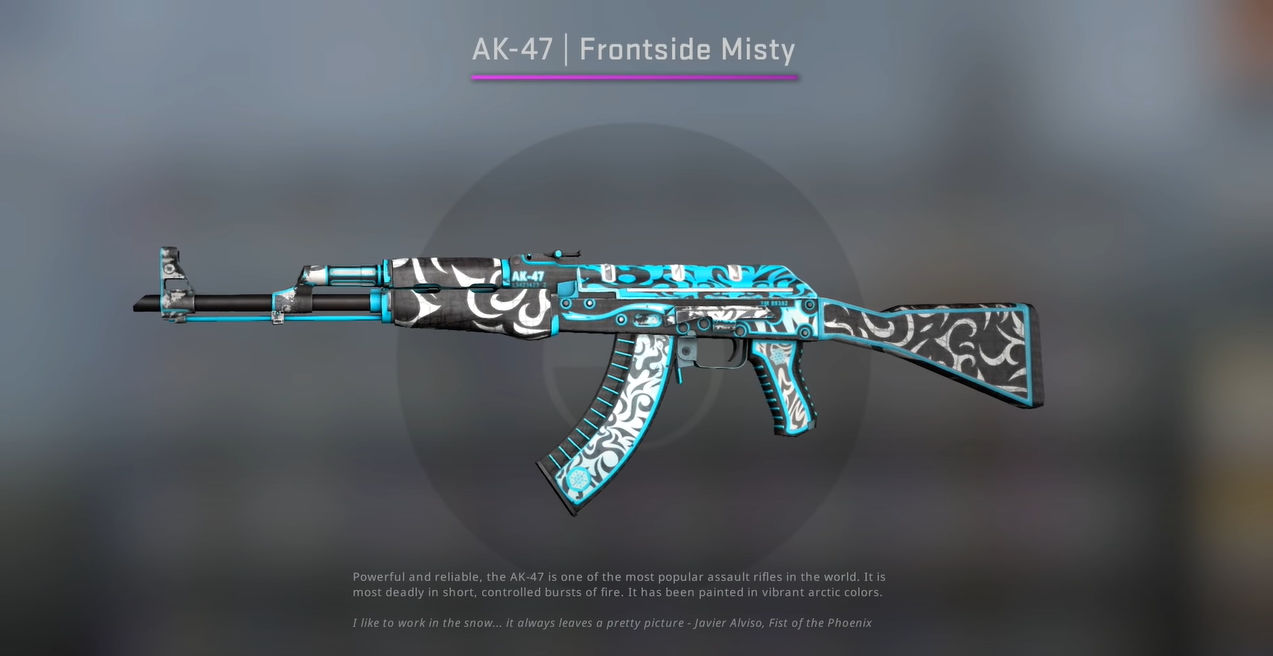 This Vulkan is my favorite. It is a part of The Huntsman Collection.

The skin has a black and white primary background on top of which, blue is shaded with white stitches on it. The futuristic style of vinyl is amazing. The Steam Market provides this skin for $41 and $87 for normal and StatTrak versions respectively. It is also available as a drop in the Huntsman Weapon Case.

The only two good rifles available to CT are these two. Apparently, they have quite a bundle of skins together. The Emperor has blue as a primary color. In the middle, a man with white/gray hair resides, having a halo around his portrait. This idea was taken from the tarot card- ‘The Emperor’. The Steam Market provides this skin with a starting price of $15 and $35 for normal and StatTrak variants respectively. It is also available in the Prisma Case as a drop. 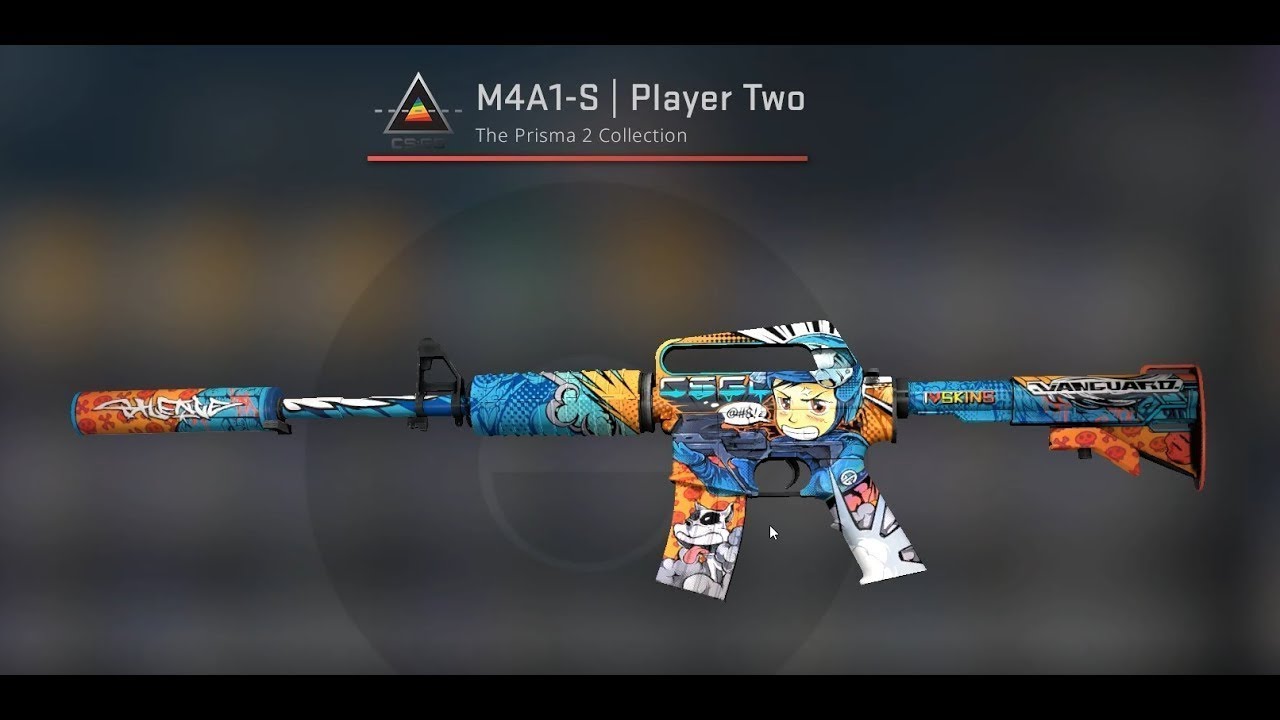 This skin was made by keeping in mind the theme- Comic/Manga. It contains various fictional characters i.e a GIGN CT attacking using a rifle. The Steam Market provides this skin with a starting price of $14 and $29 for normal and StatTrak versions respectively. It is also acquired as a drop in the Prisma 2 Case.

The highest one-shot damaging weapon’s time is now. We’ll be discussing the AWP and its decent skins in this price sector. 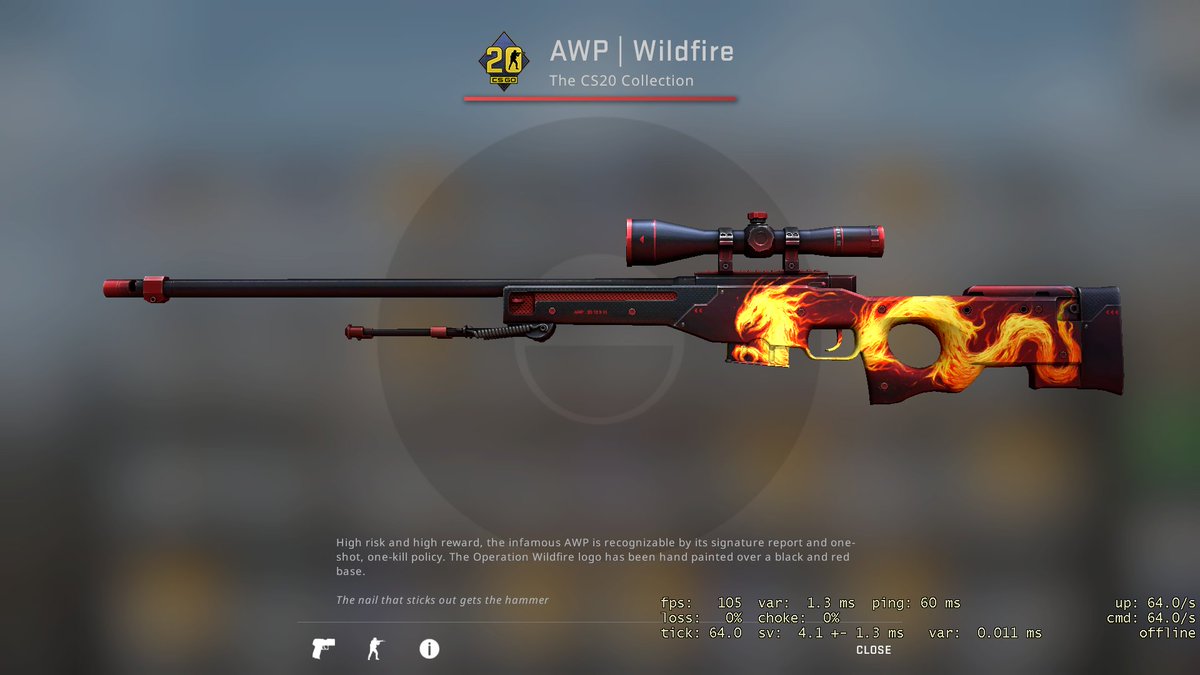 The Wildfire reminds me of Blaze | Desert Eagle because of those fiery decals that just show how aggressive the skin is supposed to be. It appears to be a Phoenix below the scope with its wings stretching till the stock of the AWP.

The Steam Market provides a starting price of $36 and $72 for the normal and StatTrak versions respectively. 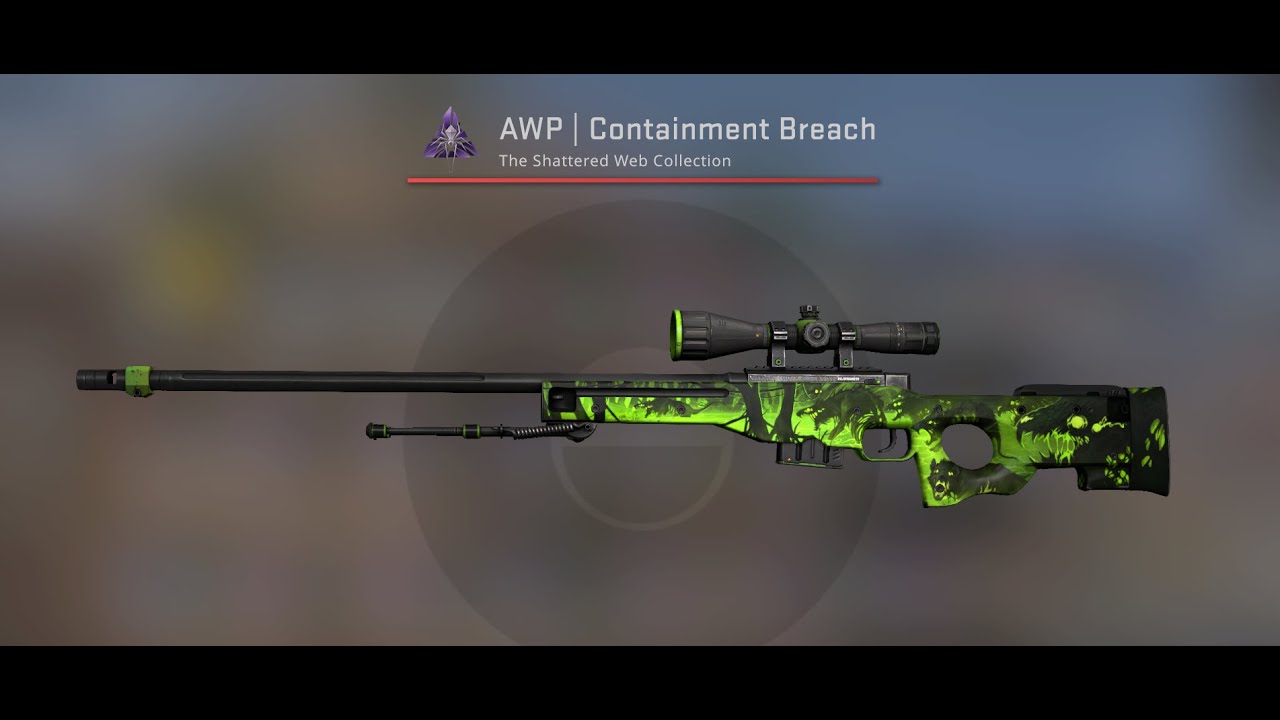 The body of the rifle is adorned with an image of a radioactive forest filled with monsters with open mouths and luminous eyes. The color scheme of the skin is made in neon shades of green. This skin would be a feast to anyone’s eye. The Steam Market offers the starting price of $39 and $69 for normal and StatTrak versions respectively. It is also available in the Shattered Web Case.

The beautifully built SSG08 also has quite nice skins for itself but, we’ll be showcasing the best one here in the given price section. A one-eyed creature is depicted on the center of this skin which appears to be quite badass with that huge tongue of it stretching towards the barrel. The Steam Market offers the starting price of this skin to be from $5 and $12 for the normal and StatTrak versions respectively. It is also available in the Shattered Web Case as a drop.

The best force buys one can do is the Deagle if they know how to tap those headshots. Given that, we’ll be showcasing the best skin here given the price listing. 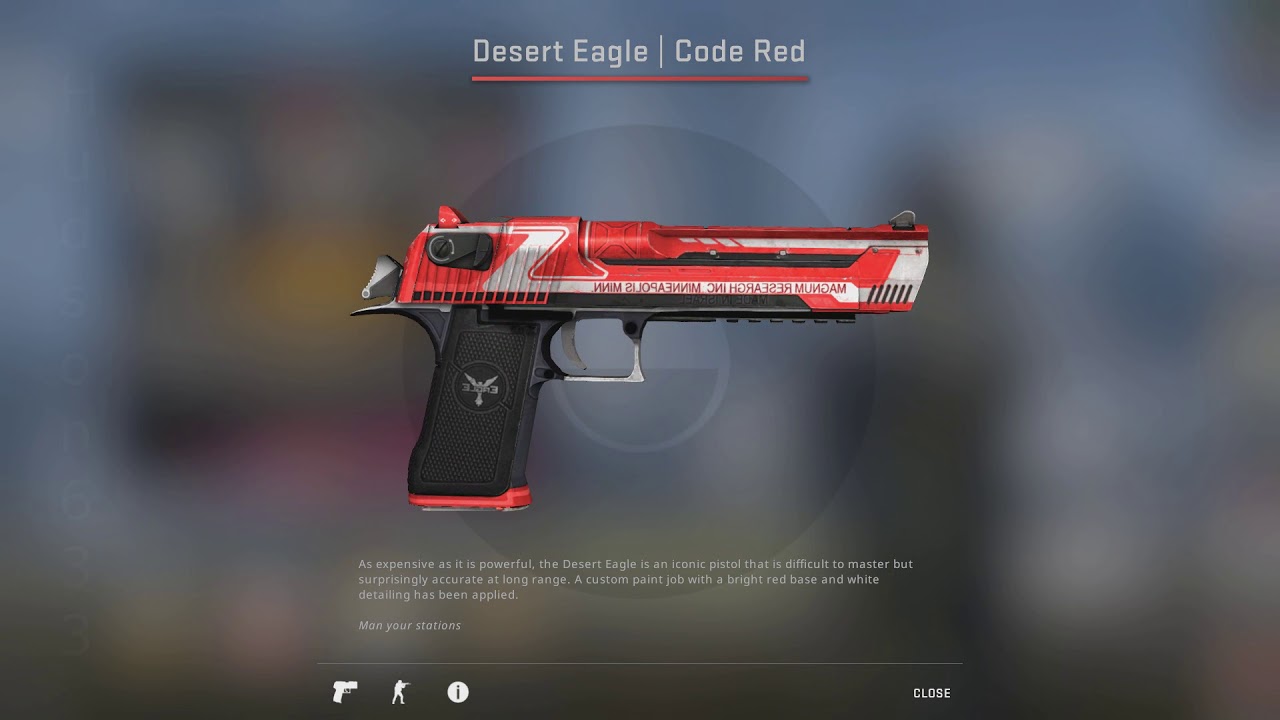 For the given price listing, according to me, this skin is the best deal one can make. The magazine is covered with different vinyl and shades of black with an emblem saying ‘Eagle’. The interesting zig-zag patterns containing red and white designs are cool and attract most of the players. The Steam Market offers the starting price of $26 and $59 for normal and StatTrak respectively. It is also available in the Horizon Case as a drop.

Stay Tuned In for upcoming articles to help you choose best skins in csgo at your budget. Peace out.